How Are Your Employees Holding Up? C-Level Executives Answer Our Survey

I saw a Mom share a post the other day in which she had been getting frustrated with her 6-year old. Then she paused and realized that back in March, her daughter was abruptly taken out of school, away from her friends and had been at home pretty much ever since. She realized how hard that would be for anyone to process—regardless of age.

The same could be said of all of us in the workforce. One day in March we went home and haven’t been back to the office. We don’t have casual conversations while grabbing coffee, and we don’t get lunch with a co-worker. We haven’t seen each other except on Teams or Webex, and we probably talk to people outside of our teams a little less often.

The continued uncertainty of this year is feeling tough on employees — which is a sentiment that we see in our ongoing C-level executive surveys and town hall discussions. Executives in our monthly pulse survey are growing increasingly concerned about their employees and the effects of the continued disruption on their health and well-being, morale, and productivity. In our town hall discussions, many also noted that it wasn’t just the pandemic or remote work, but the weight and combination of all current events that seems to be taking a toll on people.

In our August survey, we wanted to explore these concerns further and asked executives what they are worried about heading into Q3 and Q4. By pretty large margins, they are concerned about their employees’ morale and the possibility of burnout. Anecdotally, several mentioned worries about mental health, safety and the lack of available child care.

The subject of burnout is interesting considering another finding in our survey. We asked if leaders thought remote work had led to an increase or decrease in employee productivity, or if it had remained the same. Most believe that employee productivity has not been negatively  impacted by remote work —with a combined 82% saying that it has either increased or stayed the same as when employees were onsite.

The idea that employees can be as productive or even more so while working from home could lead to a pretty profound change to work life and company culture. We asked C-level leaders to predict the long-term impacts on the workplace, and a shifting attitude toward remote work was at the top of the list.

Company cultures that may have been indifferent to or even grudgingly accepting of work-from-home policies will have to rethink their approaches toward remote work. Closely related to that, many C-level executives expect to see a change in how their organizations approach office space.

In the comments about long-term effects, leaders also added that travel policies will likely change, how they measure productivity might look different, and they expect to see more acceptance of innovation and risk.

For now, most C-level leaders see more of the same in terms of remote work in the near future. About 41% anticipate that business operations will return to normal in 6 to 12 months. In the meantime, we will continue to explore the changing attitudes and opinions of C-level executives in our surveys and virtual discussions. 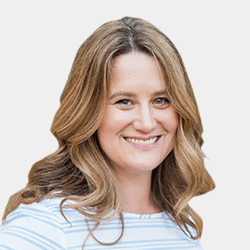 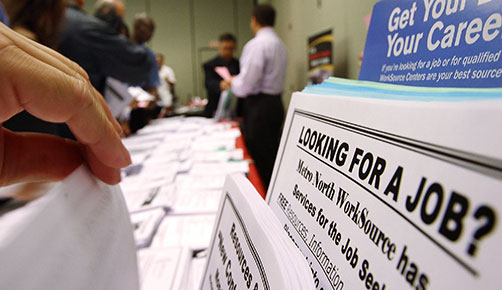 6 Learnings from Our Survey on the Great Resignation

With record numbers of workers leaving their current jobs in 2021, we asked C-level executives if this is a temporary shift or something bigger? Read what 900 C-suite leaders in Evanta communities are saying about the Great Resignation and how it's impacting their outlook for 2022. 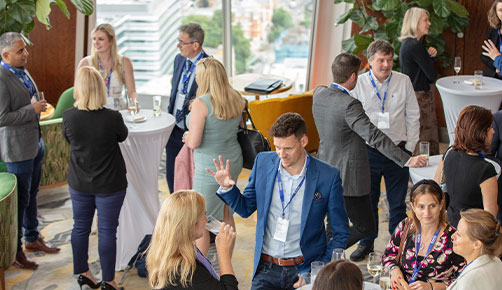 CHROs Excited to Connect in Person at UK Summit

After months of video calls and virtual meetings, we welcomed Evanta CHROs in the UK back to our first in-person community gathering. The enthusiasm was palpable -- read why many executives made the UK CHRO Executive Summit their first in-person event since the pandemic started. 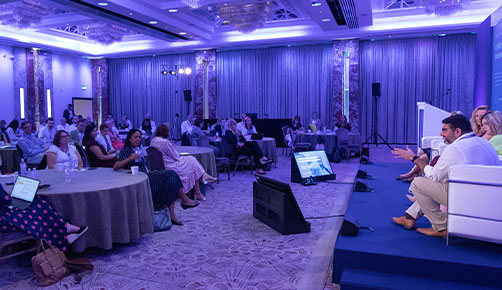 And We’re Back! Live Events Resume in the UK

It’s been an exciting two weeks at Evanta as we returned to live, in-person gatherings in our communities for the first time in 18 months. Our UK/Ireland communities held gatherings for CIOs, CISOs, CHROs, and CDOs, and it was exhilarating for our Evanta associates to bring community members together again.