CIO Community Pulse on the War for Talent

Despite ongoing economic uncertainty – and the possibility of a recession – most CIOs report that their companies are nevertheless having trouble filling open positions. Employee recruitment and retention remain at the forefront as a race for talent takes hold in 2022.

We asked CIOs across Evanta communities what they think is causing the talent shortage and what they’re doing to combat it. Here is what more than 200 senior IT leaders told us about talent issues and the impact on their outlook for the remainder of the year and beyond.

76% of CIOs indicate that their organization has more open positions now than in years’ past, with only 18% reporting that the current level of open roles is typical of past years. When asked what they attribute this to, many say that it’s part of the evolution of the new world of work (58%) with the supply and demand for workers being out of balance (56%) a close second choice.

For the 15% of technology executives who said there was another cause, these are some of their responses:

Burnout – and running too lean for too long.”

Changing technology means that certain skills are in high demand.”

The race was always on. Big tech has a monopoly on talent with outrageous salaries.”

40% of CIOs think the talent shortage “will remain this way for the foreseeable future.” Almost one-third (29%) believe this phenomenon will last for 12 months or more.

When asked if they think that finding and recruiting talent will be an issue even if there is a recession declared later this year, 62% of IT leaders said yes, the talent shortage will still be an issue.

Interestingly, the top 3 recruitment strategies are similar to what executives reported they were doing in our Great Resignation survey in October last year – except that company culture has replaced flexibility as the top area of focus.

In a similar vein to recruiting, the top 3 retention strategies are the same as what IT leaders told us they were focusing on in our Great Resignation survey in October 2021.


Is This a Sequel to the Great Resignation?

We asked CIOs if they were thinking about the race for talent differently than the Great Resignation. Here is a sample of their comments:

Good talent has always been hard to find. There has been a long-term imbalance with respect to talent being trained in fields that can lead to IT paths.”

COVID increased demand for IT talent across the board. With everything else remaining constant, that alone can explain part of the talent race/shortage.”

I look at the Great Resignation as an increase in talent mobility. I see the race for talent as more specifically looking for the required talent for a future fit organization.”

I think the Great Resignation was driven by people searching for something better. The race for talent seems to be a product of a mismatch between supply and demand.”

If you are a CIO navigating the war on talent, explore an opportunity to collaborate with your peers or join a community at Evanta.com.

Based on 220 responses to Evanta’s Community Pulse Survey, July 2022. 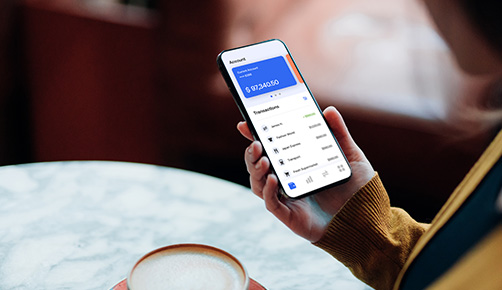 CIOs and the State of the Economy

We asked CIOs in our community pulse survey how the state of the economy is impacting their business – here are 5 key findings from 200 CIOs who participated.