Renewing the Focus on DE&I 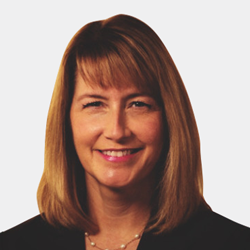 There are many benefits of a long-standing diversity, equity and inclusion (DE&I) program, but with a renewed worldwide focus on what companies are doing to support the workforce, the conversation has moved from metrics to execution of long-term culture strategy.

NW Natural, a publicly traded utility company headquartered in Portland, Oregon, has a well-established DE&I program, created more than 20 years ago. Though this program is ingrained into the company, NW Natural spent the last several years revitalizing initiatives surrounding it -- with significant results.

“We already had a really good foundation. We have a DE&I council made up of about 20 members, serving three-year terms. It's a volunteer group of individuals from different parts of the organization that meet every month and come up with plans and initiatives they're interested in working on,” said Melinda Rogers, vice president and chief human resources and diversity officer at NW Natural.

But when a long-standing program is functioning well, it can be easy to think you’re doing great work and get sold on your own story.”

To avoid this kind of complacency, NW Natural hired outside consultants several years ago to evaluate programs they’ve had in place to ensure they were not just checking a box for compliance.

The consultants’ insights led to several changes that have measurably increased diversity within the company and been a catalyst for innovative ways to foster a culture of inclusion and belonging.

“We knew there was something missing. We had a grassroots, bottom-up DE&I effort that was supported at the top, but we realized what we needed was a top-down, corporate-strategic view where we weave this work into everything that we do,” said Rogers.

One outcome of the analysis involved participation from the officer team, which now regularly reports to the board of directors on initiatives and progress. This introspection at the highest levels of the organization also led to changes in how the company supports customers from underserved communities, such as making resources available in multiple languages. Ensuring accessibility to helpful materials, Rogers says, is a simple way to demonstrate a commitment to inclusion internally and externally.

In an effort to increase diversity back in 2018, NW Natural looked at the makeup of its employees and found that only 22% identified as Black, Indigenous or People of Color, slightly below the average of the community. With a low turnover rate of 6%, bringing in more diverse candidates had been challenging, especially when the majority of hiring was for one-off positions.

But NW Natural saw an opportunity to bring on — and retain — diverse talent in larger numbers by shifting its approach to hiring for construction positions, which are hired in groups of eight to twelve. These entry-level employees are typically retained and promoted, and new infusions of talent are needed on an ongoing basis to meet demand.

“If you source talent from the same places, you’re going to get the same results,” said Rogers. “We realized there were a few companies in the Portland area that we tended to attract people from, and their makeup is mostly white male.”

The “entry level” positions at NW Natural require specific skills and training; they are not traditional entry level jobs, and they were not attracting diverse talent. The solution: a construction intern program. This program offers full-time jobs for a nine-month span and gives employees an opportunity to learn the skills necessary to join NW Natural’s team after completion.

Because the internship program doesn’t have the same experience requirements, we are able to draw from a much broader group of people. We started recruiting from organizations like Constructing Hope and Urban League, which attract more diverse candidates.”

While a job is not guaranteed after the completion of the internship, 100% of the interns— all people of color — were hired on for permanent positions in 2019.

Employee resource groups (ERGs) are a mainstay for most organization’s DE&I programs, giving employees the opportunity to connect around shared backgrounds, interests and experiences and contributing to a more equitable and inclusive workplace culture. Participation in and efficacy of these programs vary by organization, and NW Natural has taken a unique approach to amplify reach and impact.

“Most organizations, including us, have ERGs, and we're all trying to reinvent the wheel. How can we lift their voices? How can we make our ERGs great?” said Rogers.

“So, I started reaching out to other heads of HR inside the Portland area and connected with the Port of Portland, The Standard and Portland General Electric. We started meeting together, and in May we're kicking off a cross-company ERG session.”

A multi-company ERG creates even greater opportunities by combining budgets for speakers, working together to solve complex problems and combining resources to have a larger impact on the community.

The work is never done when creating a culture of belonging through the lens of DE&I. A shifting narrative brought on by a tumultuous year, has changed how many organizations are approaching these efforts. Questions such as “Do you feel you belong at your company?” are being added to employee-sentiment surveys, and the data can be illuminating.

“This year we added the statement, ‘I feel like I belong in Northwest Natural,’ to our January survey. I was happy to see that 88% of our employees agreed or strongly agreed they felt they belong here, but we have never asked the question before,” said Rogers.

Asking challenging questions, inviting fresh perspectives and embracing calls for change are small pieces of the ongoing work for human resource leaders who are spearheading efforts to create diverse, inclusive cultures where all employees feel they belong.

“It can be very intimidating, feeling the responsibility around DE&I. I feel a lot of responsibility, and accountability, but I know I don't own DE&I. And if I left tomorrow, the company would carry on and do even better because of all the other folks who are working on it.”

Special thanks to Melinda Rogers and NW Natural. 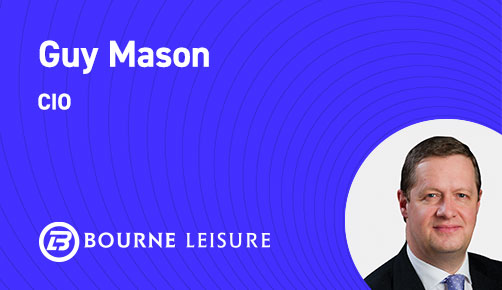 The Next Big Question, Episode 15

CIO Guy Mason of Bourne Leisure joins the podcast to share what private equity can teach us about technology value. Mason discusses his approach to evaluating technology in the M&A process and how businesses can remove complexity to increase the speed of change. 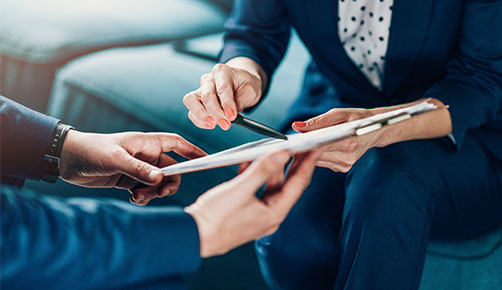 Creating a Culture of Mentoring and Development

Chief People Officer Virginia Means established an organizational culture centered around mentorship and continual learning at United Distributors. Read why she says that you don’t have to have a formal program to be a mentor, just willing to pass on your experience.