Accumulating Value on the Road to Data Literacy 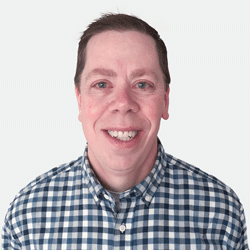 When it comes to advancing the data goals of his organization, Pat Brickson has grown accustomed to heading methodically in the right direction. “Every interaction you have either moves things forward or moves things backward,” says Brickson, director of enterprise data systems for Digi-Key.

Brickson knows firsthand that the difference between “forward” and “backward” is a strong foundation and shared vision – almost two years after defining a game-changing mission statement, a mindset shift has opened new doors of possibility.

“Our business is growing so quickly, and we have to keep up just to get our products out the door. We are recognizing that we have made decisions successfully on gut instinct for a long time, but we really must look at the data behind everything now.” Suddenly, the next step forward wasn’t a “nice to have,” it was a necessity. Brickson knew the organization needed greater data literacy.

Gartner estimates that by 2023, 80% of all formalized data strategies will include explicit reference to improved data literacy. Despite the increased attention, data literacy remains a nebulous concept and a difficult challenge. Easing the burden starts with articulating the problem. As Brickson puts it, data literacy “is what we really mean by ‘evangelizing’ – making sure that people know A) what data is available, B) how to interpret it, and C) how to get at it.”

It seems straightforward, but data literacy isn’t like flipping a light switch – and the benefits don’t conform to an on/off binary, either. Brickson sees this as one of his core hurdles to clear. “People tend to approach data questions with a ‘solution’ approach rather than a clear sense of the problem. We have to help them articulate a problem so that data can guide us toward the right solution.”

Getting to the right problem is at the heart of data literacy, but that shift in focus doesn’t mean value has to wait. Unlike many processes, the data literacy journey itself can be its own reward, rife with opportunity. “My team is the one that says, ‘Here’s how you do it,’ and that’s a way of enabling,” says Brickson, and his approach is enabling capability even beyond the data realm.

The Road is Long…

There is no magic bullet for the “how” of data literacy, and Brickson doesn’t believe he’s reinventing the wheel. “It’s about showing people that silly term ‘the art of the possible.’ Did you know you could do this? And, importantly, can you add to it?” This demands a more disciplined approach to communication, relying on patience, consistency, and openness guided by a clear compass rose. “Our mission statement – we deliver actionable insights – was a great focus point for my team, and it increased the appetite from senior leaders for data-driven approaches,” says Brickson.

That unifying vision and the accompanying demand from leadership set the table for more concerted communication efforts, even in the face of resistance. “There are times I have to bring people along into something they aren’t that excited about,” says Brickson. “I try to make sure I listen to them, make them feel heard with intent. I ask for opinions, make sure I repeat it back to them so they know they are understood.”

Small efforts can lead to big tipping points. “In the past, I think we may have had leaders that didn’t want to listen,” explains Brickson, “but our senior leadership team is just so strong right now. They are really driving the demand for data literacy.”

The support of senior leadership has allowed the business to better tap into strong data skills that already existed in the organization – for example, seasoned, data-driven managers with Lean Six Sigma backgrounds help to amplify the impact of data-literacy communication. And this willingness to grow at all levels of the organization means the message isn’t only coming from Brickson. “We have to make sure we have the right people delivering these messages; people that will listen, not just tell. That can be hard to find, but you have to listen first so you can understand, and that understanding helps people change their approach and change their minds.”

…But Getting There is Half the Fun

When Digi-Key began their data-literacy journey in earnest, ancillary benefits began to pop up in unexpected places, like their rejuvenated talent base. “We have a very stable workforce with low turnover – I’ve been with the organization for 29 years. In that kind of environment, you have to find ways to generate some of the new ideas that would naturally filter in if we experienced more turnover,” says Brickson.

Fresh ideas began to take root as literacy grew. “We can now determine what our expertise is,” Brickson says when discussing how data impact has multiplied across the organization. “If we have a manager that’s gotten to know, say, the receiving process very well, we now know to ask them about the ideas they’ve had.”

These pockets of expertise have emerged in Brickson’s own team, reinforcing that even those trained to think data-first grow with increased literacy. It’s a point of pride: “They’ve gotten to be experts of the data, so instead of writing the code, they become an advisor, a central point of contact for questions that arise. They’re teaching the business what they know and propelling the whole capability yet another level forward.”

The organization has also noticed greater resilience and acceptance of change. Rapid change always meets resistance, and Brickson notes that his company was no exception. “There can be a protective tendency among some business users. ‘We got it, we don’t want you to see what’s happening behind the curtain of the Great Oz,” he jokes, “and some people may have a ‘don’t move my cheese’ outlook: I create this spreadsheet, I do this every day, and I don’t want to give that up.”

But by laying the groundwork for data literacy, the organization has gotten better at communicating opportunities. “Just because you aren’t creating that spreadsheet doesn’t mean you don’t have a job. It means you can do something totally new based on all the knowledge you’ve gained. Our leadership teams have learned to continuously go back to those people who will happily do things the way they’ve always been done.” Seeing the value of change has made the organization more receptive to it, and more open to collaboration and that infectious openness.

Perhaps best of all for Brickson, the steady spread of data literacy has been a potent prioritization tool, helping to eliminate the guesswork on how time – always a constraint in thriving companies – should be spent. It’s also generated some helping hands for his own work. “Delegation is another great outcome of data literacy.”

Data literacy isn’t a destination; it’s an ongoing evolution. There’s no end of the rainbow, no single pot of gold – and that can make the journey painstaking at times. But Brickson sees the impact he’s having. “Going through the process of literacy is the snowball effect that creates the next good thing.” And the snowball gets bigger every day. 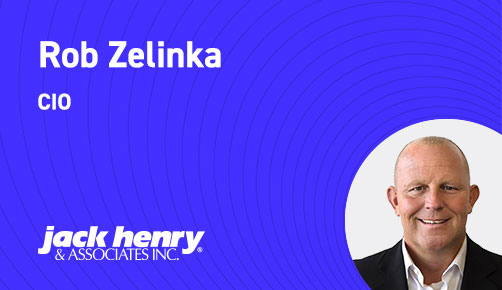 The Next Big Question, Episode 14

In this episode, we ask CIO Rob Zelinka of Jack Henry & Associates why change management is so hard for large organizations. We discuss change fatigue and the unrelenting pace of change, and Rob shares how communication and transparency can help business leaders crack the change management code.

The Next Big Question, Episode 13

In this episode, Anne Marie Richard and James Dudek of UC Berkeley share a case study of a long-term IT transformation. They discuss how they brought together loosely organized teams, navigated a staff reduction and maintained an intentional focus on the humanity of their workforce. 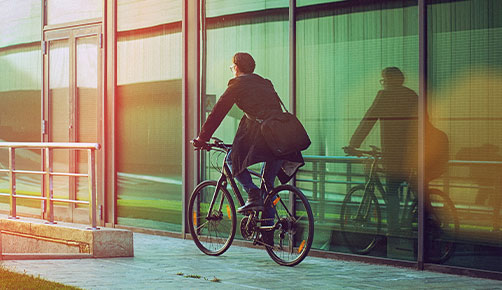 Journey from Predictive Model to Application to Sustainable Solution

Data leader Dr. Shervin Majdr of Providence Saint Joseph Health and his team created a predictive model to tackle the problem of patient “no shows” in healthcare. Read how they went from model to pilot to consistent, scalable solution.