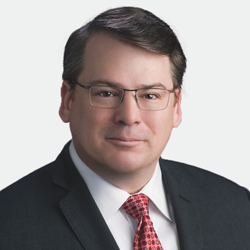 Employee engagement and organizational culture are top priorities for executive leadership, especially as businesses have had to adapt to a fluid and unpredictable environment. Absent a playbook on how to best foster engagement, inclusivity and collaboration, cross-organization and functional idea sharing on best practices is allowing leaders to make better, and more human, business decisions.

André Allen, CISO at ENGIE North America, and Mike Coogan, senior director of cybersecurity at Waste Management, took time recently to share some of their wisdom on how they approach talent and diversity in their organizations and their approach to fostering inclusive cybersecurity teams that innovate and thrive.

Allen and Coogan both recognize that as business leaders, it is up to them to build diverse and inclusive teams. Both leaders approach recruiting from the perspective that the skills necessary to be successful in cybersecurity can be found in candidates everywhere and are open to finding talent in unconventional places.

Allen attributes much of his success in cultivating a diverse team to his background and commitment to hire without bias. At 16 years of age, attending Rutgers University, Morehouse College (a Historically Black College and University) and The George Washington University, Allen developed his worldview that would influence his decisions as a leader.

“I started really just looking at people as people,” Allen said. “We are all human beings, but because of the different places we came up and our cultural backgrounds, it's not so easy for everyone to develop that unbiased view. It takes years,” he concluded.

Coogan’s background in an academic environment as a biologist is non-traditional in its own right. After he transitioned from academia to a corporate position, his organization implemented a program to address ways they could have candid conversations, discussing how they can build high-performing teams that truly value diverse perspectives.

“This is important because there are many studies that show diverse teams that feel included are able to make a contribution that outperforms other kinds of teams,” said Coogan.

Both teams are high performing and have exceptional members that joined from other parts of the business and have found successful careers in cybersecurity. Allen and Coogan have a similar philosophy to their hiring practices that starts with recognizing the core skills needed to be successful are not specific to cybersecurity, allowing them to cultivate inclusive teams with diverse backgrounds and opinions.

Bringing Backgrounds to the Table

One moment that stands out to Allen was during the early part of his career. During an all hands meeting, a well-respected administrator addressed diversity in a simple and direct way by making a bold statement that the organization did not have the diversity needed to meet the strategic goals that had been set. This simple statement stuck with Allen as he advanced in his career, becoming the first CISO for the City of Houston before joining ENGIE North America as the first cybersecurity employee.

“The world is made up of different people and all those different people have different qualities and different things that they can bring to the table. So, with my team, I get to see different views from people based on their backgrounds and cultures, and it contributes, I think, to our success as a high-performing team in cybersecurity,” said Allen.

“I want people to feel welcome. I can't guarantee the outcome of any given job interview, and we've had more no’s than we have yes’s. But the reality is, I want people to feel welcomed and that they're moving into an inclusive environment. That will encourage people who traditionally don't speak up, whether it be out of fear or whether it be out of past rejection,” said Coogan.

“Create a place where you're known for being welcoming, and you will get folks who will contribute in very meaningful ways,” he continued.

Whether your organization uses an intern program, recruits from within or any other measure in between, a leadership philosophy that celebrates when opinions differ and encourages idea sharing will lead to a higher performing and more cohesive team. Cybersecurity teams are tasked with protecting the enterprise in an increasingly digital world, and these best practices will help in that endeavor. 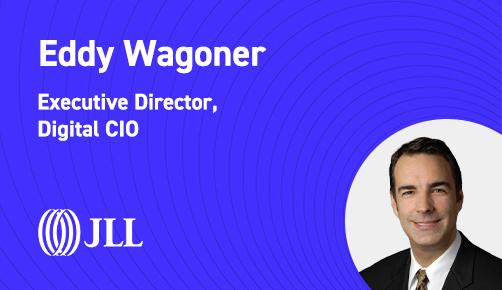 The Next Big Question, Episode 22

Executive Director and Digital CIO Eddy Wagoner of JLL joins the podcast to talk about how C-level leaders can address sustainability and other global concerns. Wagoner shares how to collaborate across the C-suite on global issues and why focusing on sustainability is necessary to grow and remain competitive. 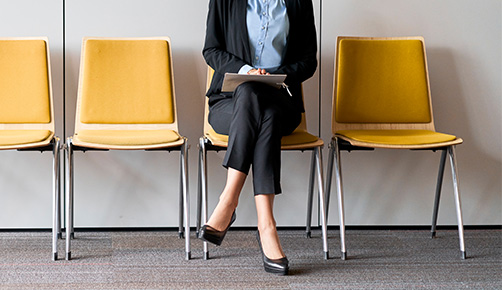 4 Things We Learned about the War for Talent

Talent shortages. This isn’t a new problem, but the events of the past two years have escalated the situation to unprecedented heights. We asked 700 C-level executives across Evanta communities about the war for talent – here are four key learnings from the survey. 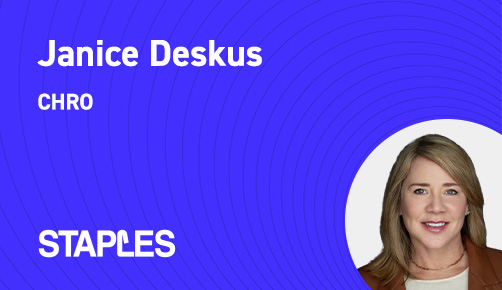